New ideas tend to come with massive push back, proponents, and opponents. In my almost 40 years of life I have come to the conclusion people do not like change and change is inevitable. To change means to become uncomfortable. People like comfort. A prime example, relationships. When courting an individual, we humans don’t like to show vulnerabilities as they tend to make us feel like we have a weakness. We do everything in our power to seem funny, nice, clean, and attractive. We clean our cars before dates, make sure the house is clean before people come over, and try our best to hide the things we don’t like about ourselves. Like greed.

When we started this journey of creating Merken22 we knew it would come with some struggles. Just as the creators of The LIV Golf Tour did. When a good idea comes to light, most people agree the something can be changed. However, when money starts to flow away from certain individuals who hold the bulk of it, the political pissing match begins.

The use of Cannabis was encourage from the early 1600’s through somewhere in the late 1890’s. It was not until the Mexican Revolution of 1910 that the American culture was introduced to the recreational use of the plant. The fear and prejudice of these immigrants ignited America’s war on the cannabis plant and it’s users. Sounds similar to the LIV Golf Tour’s introduction doesn’t it?

The PGA has a long history and the way the game has been played hasn’t been changed in years. I have personally been involved with golf since the mid 90’s and have consistently heard chatter that golf needs a new type of format. It seems like golfers have been looking for something else rather than head to head stroke play. What was it? No one knew.

Fast forward to the early 2000’s and the Ryder Cup was born. Two teams formed from different parts of the world to take each other on to win a cup. Seems fun right! The problem, it only happens once every two years! With the Ryder Cup’s success came an opening for a new form of team based golf and the Saudi’s recognized it.

When we started this venture of bringing natural pain relieving products to golfers it was impossible for us to find any help in the business sector. These banks and companies would label us high risk and explain that we were not “worth it”. Basically telling us we didn’t have enough money or clout. We couldn’t find a bank, credit card processing, or anywhere on the internet to market our brand. Fast forward 3 years and now we have a bank, credit card processor, and can finally market to you all on Facebook. It’s not ideal, but you can see where I’m going with this.

I don’t know the struggles that LIV has had, but I do know when corporations have a strangle hold on it’s producers, it’s hard to enact change. With the PGA’s hold on the Golf market in the USA, LIV decided it would be a good idea to hold their first tournament in England. This set the foundation for early adopters to tune in and start to get the feel for what the new tour is about. Luckily for the Saudis’ they have a bunch of cash to entice the producers of the PGA to produce for them instead.

Just like marijuana, the PGA started to “criminalize” the LIV Golf Tour. Painting a picture of Evil, the PGA has attempted to force their membership into fear of missing out by joining the LIV Golf Tour. Very similar to the fear America produced towards cannabis users.

The LIV Tour is going to have a tough couple of years, but the adoption is inevitable. At the time of this post, LIV is in their first year and have played a total of 4 events in America. Still looking for a TV partner, LIV has already sparked the interest of early adopters and are in the stages of gaining the early majority of the people interested in the League.

The introduction of a new product is always tough, but where there is a demand, there is an opening. The PGA Tour doesn’t like the competition and seems like they are doing everything in their power to stop the LIV Tour from being successful. However, if LIV can get past this first year with any serious litigation losses they will have a TV partner in the near future.

The PGA is big pharma and The LIV Tour is Merken22. With a great product, vision, and the value additions both LIV and Merken will not go down without a fight. Competition is healthy and brings new ideas to the forefront. Not to mention, monopoly’s are illegal in the United States. For some……

We look forward to the healthy competition we and the LIV Golf tour will bring to the other players in our respective spaces and are very excited with what the future holds for both organizations. If you would like to give Merken22 a shot before your next round, click here to explore our products. 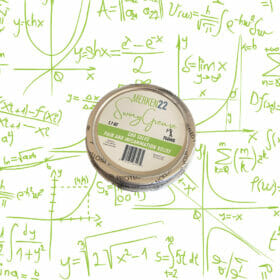 Definitely worth a shot! After a long 14 hour day on my feet, I was sore the next day. I applied Swing Grease to the pads of my feet and honestly completely forgot I was ever in any pain. I later applied more to my toes and those felt amazingling pain free too! Awesome stuff!

Born and raised in El Paso, Tx and joined the US Coast Guard at 18. Lived all across the country and earned a background in electromechanical technologies. After a 10 yr career I separated honorably and began a career in car sales. I've owned multiple businesses along way and consider it a lifestyle........Oh and I love my dog! His name is Rico ?